New version of HamQTH.com is online!

It seems that HamQTH server needs upgrade which costs $300. I already have $180 and need $120. It would be great if you could make small donation. Thank you!

What happened during our first year? How was HamQTH improved?

Information about new free ham radio call book was published on 29 of June 2011. After that, I got a lot of databases from users, who like the idea of HamQTH, and imported it. Thank to them, the database had more than 1 300 000 call signs.  A month or so later, I created XML access for logging programs. First log, that used it was DFHLog from Jesus, EA7DFH. He was faster than me! After DHFLog, XML search supported also CQRLOG. Not so many programs, but it was the beginning.

New CQRLOG website almost finished. Now it's running on Drupal 7 with ZeroPoint theme. We also added a few modules to improve our forum. Unfortunately we had to remove a few modules which was incompatible with this Drupal version like WebFile manager(provided download counter etc.). Now have to fix all donwload links and do some design tweaks.
What fo you thing about new CQRLOG home page? Do you like it? Please let us know. Thank you!

We are moving cqrlog.com to our server. The page will be offline or even unavailable for day or two (because of very long TTL on old DNS server). Please be patient.

I had been using Drupal for over 7 years. Unfortunately after recent upgrade to version 7.0 it completely crashed. I was not able reinstall or revert changes (except restore from backup). Every attempt to upgrade Drupal ended with red html page with tons of errors. My wife has been using Joomla for several years, so I decided to move my homepage as well. I spend about two weeks with moving all the articles to Joomla including comments, guestbook, pictures etc. I hope it will worth it and site will work. If you find any bug, please let me know. Thank you!

I feel very sad. When I put HamQTH.com online, I didn't think that somebody creates abuse profile for other hamradio operator. Nick, UY0ZG noticed me that his profile is a fake. Disgusting fake profile with nasty photo and a lot of craps.

I'd like to inform you about news at HamQTH.com - Free hamradio callbook database. News: 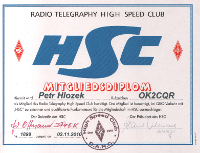 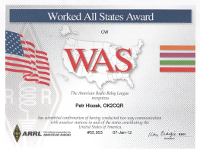